Cleft Camp Gives Young Kids a Place to Be Together 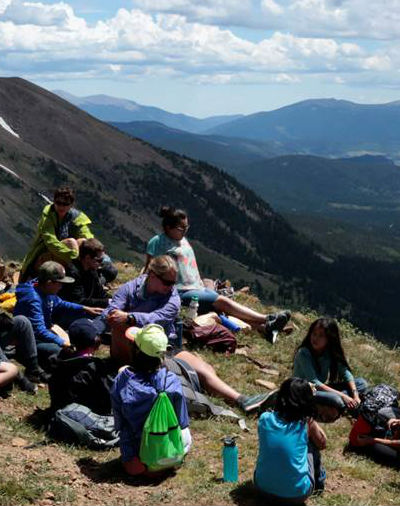 Twice a year, for the last 17 years, kids have been attending Cleft Camp at the Breckenridge Outdoor Education Center.

Cleft Camp is a biannual weekend retreat for children born with cleft lip and cleft palate is largely organized and funded by Children’s Hospital Colorado and was started Jamie Idelberg, an outreach coordinator at our Cleft Lip and Palate Clinic.

Idleberg started Cleft Camp after realizing that even though Children’s Colorado takes great care of these kids while they are patients she noted that,“Once they hit school age, (cleft) is kind of not the focal point of their life, but it’s ever-present and a lot of kids would come to clinic and say, ‘I’ve never met any other kids with a cleft.’ It helps make the world a little bit smaller for them.”

The importance of sharing

Even though most of Cleft Camp is much like any camp experience where kids get to hike, swim, sing songs and goof around, there’s also another important part of the weekend — the Sharing Circle. During this time campers get to talk about the challenges, both physically and emotionally, they have faced by having a cleft. This activity gives campers the chance to form bonds and realize that they’re not alone.

“Having us all get together is one of the most-important things of this camp,” said Camper Ayden Coles, a soon-to-be eighth-grader who has undergone more than a dozen surgeries to repair a combined cleft lip and palate. “It’s a great idea; just to have people to talk about their experiences, their emotional expressions after hearing that (they) had to go through certain surgeries. We just share our feelings and how we’ve been treated by other kids and how we’ve been taking care of those problems.”

Learn more about Cleft Camp by reading the full story on the Aurora Sentinel.

Photo by Carl Glenn Payne, courtesy of the Aurora Sentinel