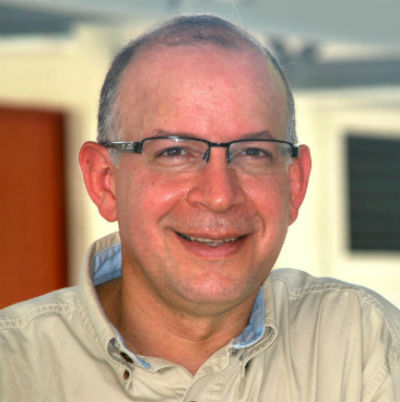 A groundbreaking study released today (May 19) shows that a single injectable dose of inactivated polio vaccine (IPV) along with bivalent oral polio vaccine could protect up to 90% of children from polio and strengthen community protection against the disease.

The research, published in the latest edition of The Lancet, provides the evidence behind the worldwide switch to a new polio vaccine strategy by demonstrating that new schedules of the injectable vaccine with the bivalent oral vaccine protect kids much faster and is safer than using the oral vaccine alone.

“Although we are closer than ever in our fight to eradicate polio from the globe, there are still challenges in Pakistan and Afghanistan, especially in the war-torn or politically unstable areas of these countries,” said Dr. Edwin Asturias, lead researcher of the study at the Center for Global Health at the Colorado School of Public Health, and pediatric infectious disease physician at Children’s Hospital Colorado. “The study provides the scientific evidence for the recent switch to using a two-component (bivalent) oral polio vaccine and IPV in the worldwide effort to eradicate polio within the next year.”

In the video below, Dr. Asturias details the study’s findings.

Up until now, most low- and middle-income countries used only three-component (trivalent) oral polio vaccines given over multiple months and years. While extremely effective, poor health and sanitation have meant that many children needed multiple doses to achieve the necessary protection. The type 2 component in the trivalent oral vaccine has also been the source of most of the rare outbreaks of vaccine-derived polio, particularly in areas of poor immunization coverage.

Since the type 2 wild polio hasn’t been reported anywhere since 1999, all OPV-using countries switched to the bivalent oral polio vaccine, which doesn’t include the type 2 component, in April 2016. The bivalent form will be coupled with at least one dose of IPV in the primary immunization series, providing stronger and faster protection to children.

As long as polio remains endemic in any part of the world, the risk of importing the virus continues, particularly in countries with weak or inconsistent immunization programs and/or travel and trade connections to these countries,” added Dr. Asturias. “Making a single injectable vaccine available especially in these countries will accelerate the worldwide eradication of the crippling disease.”

The study, sponsored by FIDEC (Fighting Infectious Disease in Emerging Countries), and conducted over 12 months on more than 1,400 subjects in Guatemala, Colombia, Panama and the Dominican Republic, was funded by the Bill & Melinda Gates Foundation, and was a collaboration among key stakeholders of the Global Polio Eradication Initiative, including the CDC and several other globally-renowned public health experts. “The data from this study will strengthen the clinical evidence base on polio eradication endgame vaccination strategies,” said Dr. Ananda S. Bandyopadhyay, Senior Program Officer at the Gates Foundation and a co-author of The Lancet article.

The study has implications for routine immunization today, as well as polio outbreak response strategies in the future. It also confirms the importance of the polio vaccine switch strategy and the feasibility of achieving and sustaining a polio-free world.