Amendment 72: A Pediatrician's Perspective on a Tobacco Tax 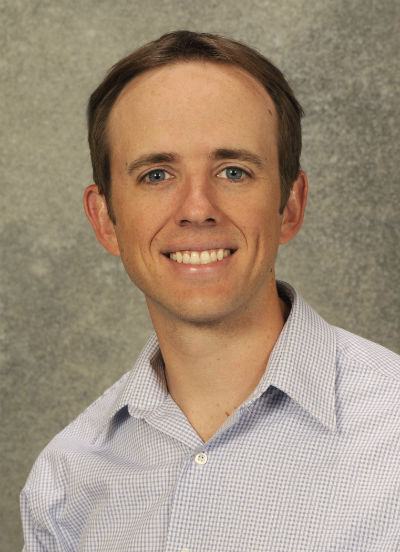 Dr. Benjamin H. Hughes, a fellow of pediatric pulmonology and instructor of pediatrics at Children’s Hospital Colorado’s Breathing Institute, wrote an opinion piece for Grand Junction, Colo. newspaper the Daily Sentinel on what he believes are the top benefits of supporting Colorado’s Amendment 72. Read the piece in full below.

The importance of Amendment 72

An infant tragically and unexpectedly dies in her sleep. A young boy with asthma fights for his life in the pediatric intensive care unit. A teenager is ensnared by addiction to cigarettes, increasing her lifelong risk for chronic obstructive pulmonary disease, lung cancer, heart disease and a litany of other illnesses that result in more than 5,100 tobacco-related deaths in Colorado each year. These are the faces of tobacco, faces that I see all too often in my work as a pediatrician specializing in breathing and sleep disorders. These children inspire me to urge fellow Coloradans to vote “yes” for Amendment 72, a ballot measure that will help raise money for important health-related programs while ultimately decreasing rates of tobacco use and addiction.

The impacts of direct and second-hand tobacco exposure in children are deadly and indisputable. Infants whose mothers smoke are an astonishing five times more likely to die from sudden unexplained infant death (SUID, formerly known as Sudden Infant Death Syndrome or SIDS) compared to infants of non-smoking mothers. Second-hand smoke exposure causes more than half a million physician visits for children with asthma each year, imposing huge health, quality of life, and financial burdens on these patients, their families, and society. The list goes on. In all, approximately 5.6 million of today’s children in the United States will die early from a smoking-related disease.

Why the tobacco tax will help

Tobacco Tax Tobacco is currently taxed much lower in Colorado compared to most other states. Amendment 72 increases the tax on cigarettes by $1.75 per pack and increases the tax on other tobacco products by 22%. The immediate increase in revenue will pay for Colorado-based medical research; medical and mental health care for Colorado military veterans; rural health programs in Colorado; and tobacco education, prevention, and cessation. A portion will also be set aside to account for the expected decline in future tobacco tax revenues as Amendment 72 successfully decreases rates of tobacco use and addiction.

That last part is important. This tax will decrease the use of tobacco. This is not just idle speculation but proven fact based on studies which have shown that increasing the tobacco tax reduces tobacco use, especially in teenagers. Although reducing tobacco use will ultimately reduce tobacco tax revenue, the return on this investment is huge. Parent smoking causes approximately $5 billion in direct medical costs in children each year in the United States, and each pack of cigarettes costs an estimated $19.16 in combined medical expenditures and lost productivity. Smoking reduction is a fiscally responsible policy.

How Amendment 72 can help save lives

A recent landmark study published in the respected medical journal, Pediatrics, identified a direct link between increased tobacco tax and decreased infant deaths. Amendment 72 therefore presents a rare opportunity for Coloradans to cast a vote that will save children’s lives.

The anti-Amendment 72 campaign ironically implores voters to “follow the money.” It should come as no surprise that Altria, the parent company of international tobacco giant Philip Morris, has poured millions of dollars into the anti-72 campaign here in Colorado, relying heavily on misinformation and deception — skills they have adeptly honed over the years. Stated more plainly, Big Tobacco wants you to vote “no” on Amendment 72. Philip Morris falsely labels Amendment 72 as an issue of big government and unfair taxation of the poor. This is a farce. Studies have shown that low-income individuals are the most likely to quit smoking when the price of cigarettes increases, and increasing the tobacco tax actually improves tobacco-related socioeconomic disparities.

Learn more about why Children's Colorado wants everyone to vote yes on Amendment 72 and how 91% of our patients agree.