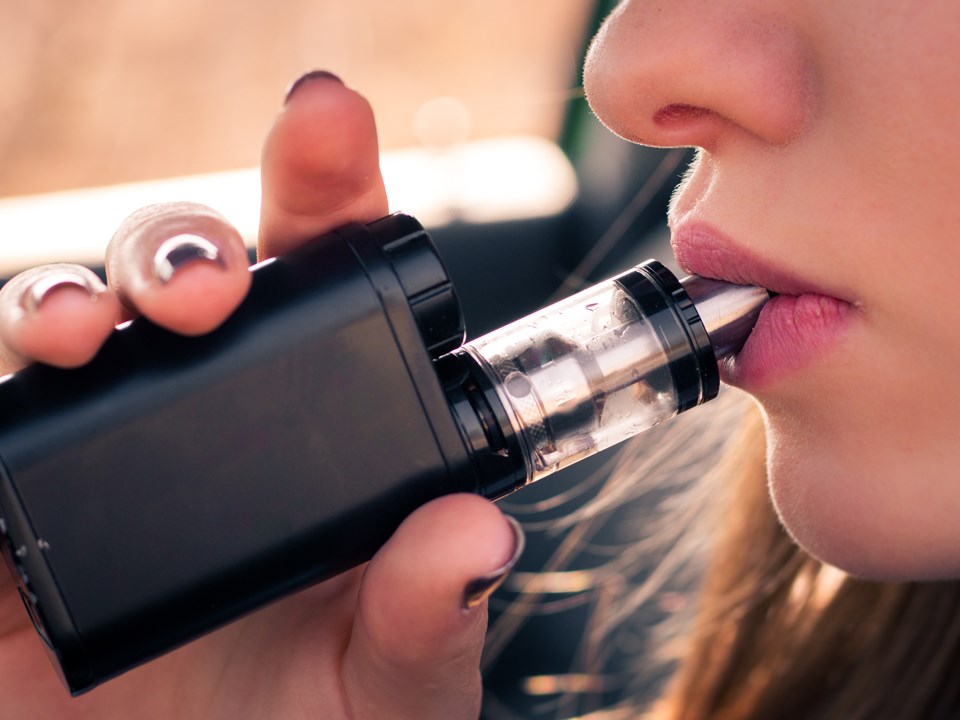 The bill is sponsored by Representative Dafna Michaelson Jenet (D-Commerce City), Representative Colin Larson (R-Jefferson County), Senator Kevin Priola (R-Henderson) and Senator Kerry Donovan (D-Vail). The legislation comes on the heels of state data that show that Colorado teens have the highest incidence of vaping nicotine in the country.

“The vaping trend among youth is very real and the major risks are minimized. We’re excited to join with partners to update the Clean Indoor Air Act to help our youth stay healthy and avoid a lifetime of nicotine addiction,” said Robin Deterding, MD, the medical director of Children’s Hospital Colorado’s Breathing Institute. “We urge our state lawmakers and Governor Jared Polis to confront the accelerating e-cigarette industry and strengthen our state’s existing smoke-free law.”

In 2017, 44% of Colorado youth reported trying e-cigarettes at least once in the last year and 27% reported current use. The U.S. Surgeon General recently announced that teen e-cigarette use across the country has reached “epidemic” levels. Despite the known damage that nicotine can have on the developing brain, only 50% of Colorado youth believe e-cigarettes are risky. In contrast, 87% believe smoking cigarettes poses a threat to their health.

A key strategy in addressing youth use of these products is to eliminate them in public spaces, as youth can be highly sensitive to normalization and perceptions of harm based on what they see in their environment.

Electronic smoking devices are a diverse group of products, commonly referred to as “vaping,” that are typically battery-operated products designed to deliver a heated solution or “aerosol” of nicotine and other chemicals to the user. The aerosols in e-cigarettes can increase a consumer’s exposure to carcinogens and heavy metals like lead and arsenic, both directly and through secondhand smoke. In addition, nicotine remains addictive and toxic, and it has a negative impact on the developing brain.

“Colorado teens are engaging in e-cigarette and vaping use at an alarming rate,” said Representative Dafna Michaelson Jenet, sponsor of House Bill 19-1076. “As a parent of teenagers, I share the concern of moms and dads who are worried about this growing public health issue and how it is impacting their children. It’s time to show our youth that this activity is harmful for them and those around them.”

“Coloradans decided years ago to protect our children and citizens from exposure to harmful secondhand smoke in public places while still maintaining an adult’s right to use these products in their private lives,” said Representative Colin Larson, co-sponsor of House Bill 19-1076. “The recent rise in popularity of electronic smoking devices has pointed out a glaring loophole in current law that must be closed in order to keep these products out of the hands of children.”

“E-cigarette use in public places not only encourages tobacco use among youth, but it undermines the health benefits of smoke-free laws,” said American Cancer Society Cancer Action Network Colorado Government Relations Director R.J. Ours. “The public should not be forced to breathe e-cigarette aerosol and, because some of the products are designed to look like cigarettes and cigars, the unacceptability of smoking in public places could be compromised, leading to a reduction in current users who quit.”

“Passing the Colorado Clean Indoor Air Act in 2006 was a key strategy in reducing the rate of smoking in the state,” said Liane Jollon, president of the Colorado Association of Local Public Health Officials. “Modernizing the Act is an important next step in reducing the use of new smoking devices like electronic cigarettes, especially among our youth who are extremely susceptible to using and becoming addicted to e-cigarettes.”

Tobacco use is still the number-one cause of preventable death in Colorado and is linked to about 30% of all cancer deaths.