All the Care Jude Needs 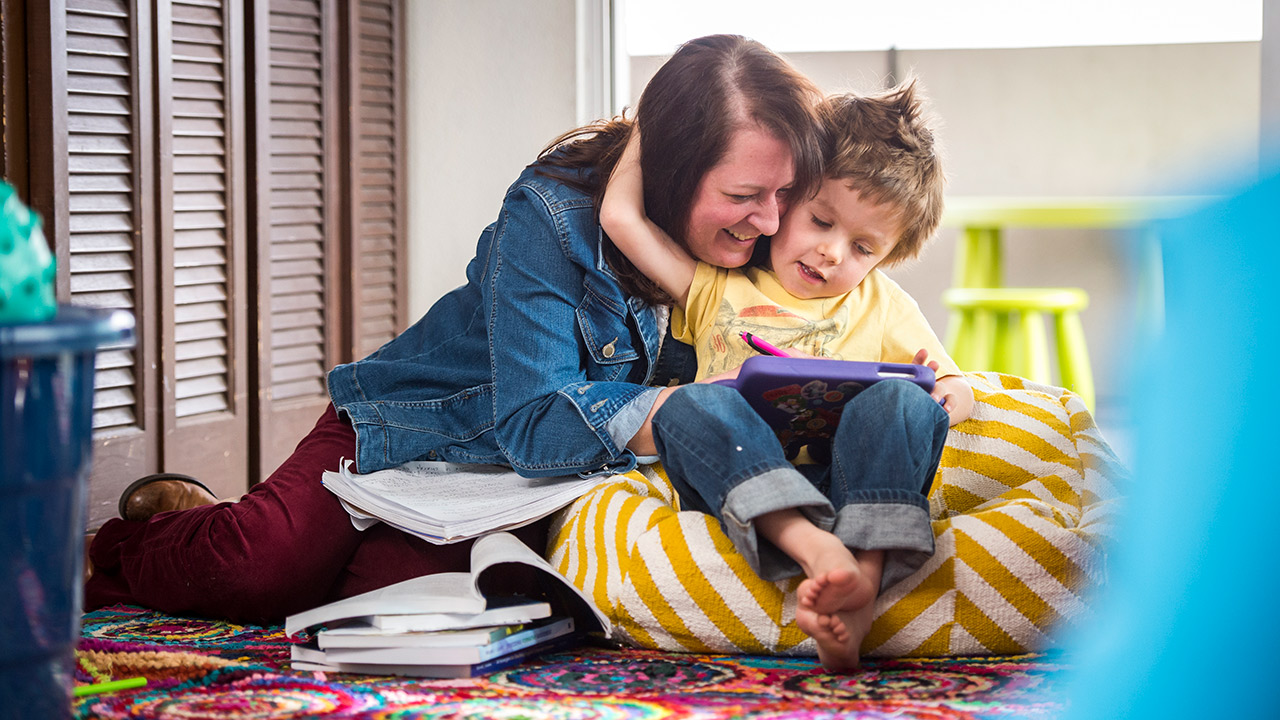 Five-year-old Jude Smith demonstrates how to use the elevator buttons. The number seven goes to his grandma’s apartment, where he’s lived with his mom, Alita Smith, nearly all his life. But don’t press all the buttons, he warns. “That would take a really long time.”

Inside, Jude kicks off his shoes, orthotic sneakers that help to correct his gait problems. They’re one of many small reminders of Jude’s neurofibromatosis type 1, or NF1, a genetic mutation whose symptoms can range from mild to profound. They’re also one of many expenses covered by Medicaid.

The challenges of complex healthcare

Jude’s case is complex: hydrocephaly, epilepsy, autism spectrum disorder, brain tumors and moyamoya, a rare condition associated with NF1 that constricts the blood vessels in his brain, putting him at high risk for stroke.

For all these complications, Jude needs a lot of care. He gets twice-yearly MRIs and consultations with neurosurgeons every two months. He has physical and occupational therapy multiple times a week. He’s at Children’s Hospital Colorado so often he doesn’t even have a regular pediatrician.

“We’ve seen specialists out the wazoo,” says Alita. “He has a lot of diagnoses, and he takes meds for all of them. I think at the high point the cost of his medication was up to $2,000 per month — all paid for by Medicaid. I honestly don’t know what we’d do without it.”

Jude is not alone. Medicaid covers 30 million children nationwide. At Children’s Colorado, nearly half the patient population has some form of Medicaid coverage. However, that coverage is uncertain as elected officials in Washington, D.C., debate potentially drastic cuts to the program. For families like Jude’s, the results of Medicaid cuts would be very real.

“When I started seeing Jude, he didn’t have enough strength in his arms to stop his head from hitting the ground if he fell,” says Kristina Stark, MS, Jude’s physical therapist at Children’s Colorado. “Kids fall all the time. If Jude falls and hits head, he could stroke out.”

His physical therapy helps build core strength, not only for the sake of getting stronger, but to mitigate the danger posed by his combination of stroke risk, gait problems and very large head, all complications associated with NF1.

Care for the most complex

Even commercial insurance would likely cover only a fraction of the therapy Jude needs. Insurance companies typically decide what they’ll cover based on formulas applied to a diagnosis. In complex cases like Jude’s, where diagnoses overlap and complicate each other, the formulas often fall far short.

“Those are the kids we care for at Children’s Colorado the most,” says Stark. “The kids that are not textbook, who have no guidelines on how best to care for them. For so many of these kids, Medicaid is an absolute necessity.”

With Medicaid, Alita can be sure Jude will get the care he needs, no matter what her financial situation. It’s part of what allowed her to go back to school. Five years later, she’s getting ready to graduate with a teaching certificate and looking forward to a sustainable career. She and Jude can finally get a place of their own.

“It’s going to launch us into a better life,” she says.

Children’s Colorado believes no child should lose access to care because of changes to Medicaid or the Affordable Care Act. Learn more about our advocacy and how you can get involved.