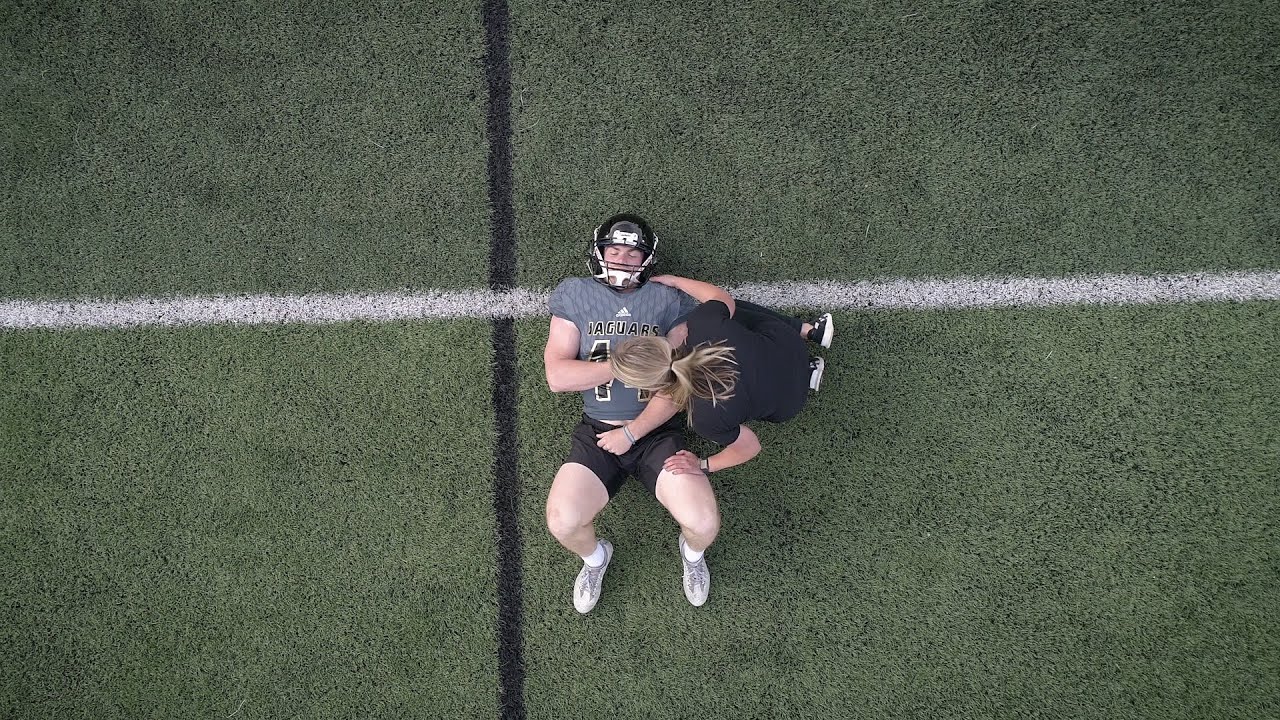 Like many high school athletes, Zach hoped to play college football. In fact, that had been his goal since childhood. But a shoulder injury his sophomore year at Rock Canyon High School — the second shoulder injury he’d experienced in two consecutive football seasons — meant that Zach needed proper, individualized care this time around to get him back to peak performance. Zach and his family chose Children’s Hospital Colorado for that care, and they’re glad they did.

According to Zach’s MRI, he’d experienced a dislocated shoulder with a torn labrum. Zach says he knew what that was because a dislocated shoulder football injury is common at his high school. But he was still intimidated by his injury and knew he shouldn’t be playing football with a torn labrum. He was also concerned that the injury would get in the way of his ultimate goal. But Jay Albright, MD, Surgical Director of Sports Medicine at Children’s Colorado, helped Zach understand that he shouldn’t be worried.

“He made it clear that this was not life or death,” says Zach, “and he promised that I would get back on the field. A week later, he got me scheduled for surgery.”

The Sports Medicine Center at Children’s Colorado provides a collaborative treatment approach. Sports medicine experts, such as doctors, athletic trainers and physical therapists, work together to craft personalized treatment plans. That’s because many young athletes who need surgery like Zach, also require additional treatment, such as physical therapy or even psychological support, to help them return to their sport both physically and mentally stronger than they were before.

After surgery, Zach was in a sling for one month. He then completed five months of physical therapy.

“When the physical therapist went to stretch my shoulder, I could not lift it six inches above my waist,” says Zach. “I started off using 1-pound weights. I was like, ‘I am so weak right now.’ But you have to leave your ego at the door and just get the little things right, because those little things are going to keep you from getting injured again.”

Every injury is different. Some are more complicated than others, and not every athlete is able to achieve the goals they had prior to injury. Setting realistic expectations and goals up front is an essential part of the sports medicine treatment process at Children’s Colorado.

In Zach’s case, as long as he followed through with the treatment plan, he would likely regain the strength and range of motion needed to pursue his college football dreams. And he’d be able to do it without the help of a brace.

“I thought it was going to be such a long process,” he says, “but the time just flew by because I started having so much fun at physical therapy. They always made me push and made sure my shoulder was getting stronger, so I wasn’t taking any steps back. I was finally catching footballs, doing pushups and planks, and it was so exciting to reach that benchmark.”

Zach, who went on to play for Colorado Mesa University in Grand Junction, credits Children’s Colorado for the confidence boost he experienced after surgery and physical therapy. And when asked how his shoulder feels now, he smiles, shakes his head slightly in disbelief and says, “It feels amazing. It’s like it never happened. It’s like a normal shoulder now.”

Learn about common football injuries in young athletes from our experts. We provide tips about football safety for parents and coaches.

Kiana: The Way Back to the Pool

“Career-ending” – that was Kiana’s initial diagnosis when her back spasmed so severely that her muscle protruded two inches from her left side. But, for this competitive swimmer, career-ending was not an option.