Both Tammy and Jeff Pacini carry only one copy of SMN1, the gene that codes protein signals from motor neurons to muscles. Most people have two. Lexi, their middle daughter, inherited zero.

“Around 11 months, she still wasn’t crawling,” says Tammy. “Our pediatrician referred us to a physical therapist, who just chalked it up to laziness. But as time went on, we knew something was wrong.”

By the time she made it to Children’s Hospital Colorado at age 2 and a half, Lexi could sit up, but she couldn’t walk. A team of specialists in the Neuromuscular Clinic — including neurologists, rehabilitation specialists, physical therapists, neuropsychologists, genetic counselors and many others — quickly determined the cause: Spinal Muscular Atrophy (SMA), a degenerative disease that affects motor neuron cells much like Lou Gehrig’s or polio. Not receiving the signals to move, Lexi’s muscles couldn’t execute the commands.

The prognosis: Lexi would probably never walk. Her muscles would grow weaker and eventually atrophy. She would lose the ability to sit, and even to breathe.

A small bright spot for Lexi

If there was a small bright spot, it was that Lexi did inherit copies of SMN2, a gene almost identical to SMN1, except that it doesn’t produce much functional protein. The few copies Lexi had offered some compensation for the lack of SMN1. In the long run, though, it wouldn’t be enough.

“It was a relief to have the diagnosis and know what was going on, but it was a terrible diagnosis,” Tammy recalls. “If it wasn’t for the trial, there would have been no hope.”

That trial was for nusinersen, a drug that, during preliminary studies, showed excellent promise for upregulating SMN2 protein. On December 23, 2016, the FDA announced its approval of nusinersen to treat children and adults with spinal muscular atrophy.

“The hope is that, with treatment, these children will stabilize,” says pediatric neurologist Julie Parsons, MD, one of Lexi’s doctors at the Neuromuscular Clinic. “Or that they will actually get stronger.”

The nusinersen trial, which took place at 23 centers around the world, was demanding for both the teams that administered it and the patients who participated in it. Patients had to arrive at the hospital early in the morning to undergo the procedure, and administering the drug required a team of specialists and a spinal tap. And since the first stage of the trial was double-blind, patients didn't even know if they were being treated with the drug or with a placebo.

The effects of the the nusinersen trial

After completing the double-blinded phase, Lexi was then enrolled in an open-label trial, so there was no longer any question she was getting the drug. There was also no question of its effects.

“One of the qualifications for this trial was that the kids could sit up but not walk,” says Dr. Parsons. “Lexi’s taking steps now, which is pretty darn cool.”

“Lexi’s older sister does gymnastics and dance, and Lexi will ask, ‘When can I start?’” says Tammy. “So we started her in a dance class. She dances the way she knows how, in her walker. She just doesn’t give up. She wonders why she can’t do certain things, and we’ll tell her, ‘Well, you’re just not as strong. You don’t have as much muscle.’ And she’ll just say, ‘No, I have muscles. I’m strong.’”

Dr. Parsons agrees. “With this disease, Lexi should be getting weaker, not stronger,” she says. “The fact that she’s in a dance class is really a miracle.” 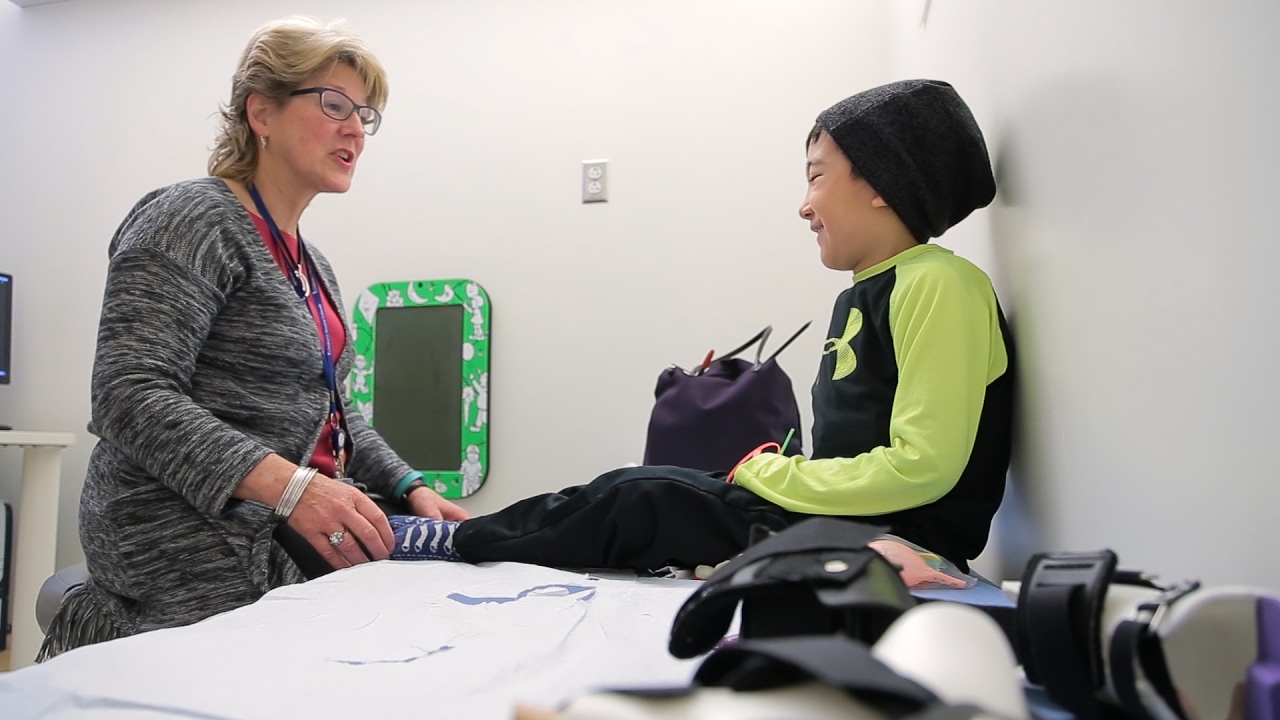