David: How a Cold Hat Saved the "Miracle Boy's" Life 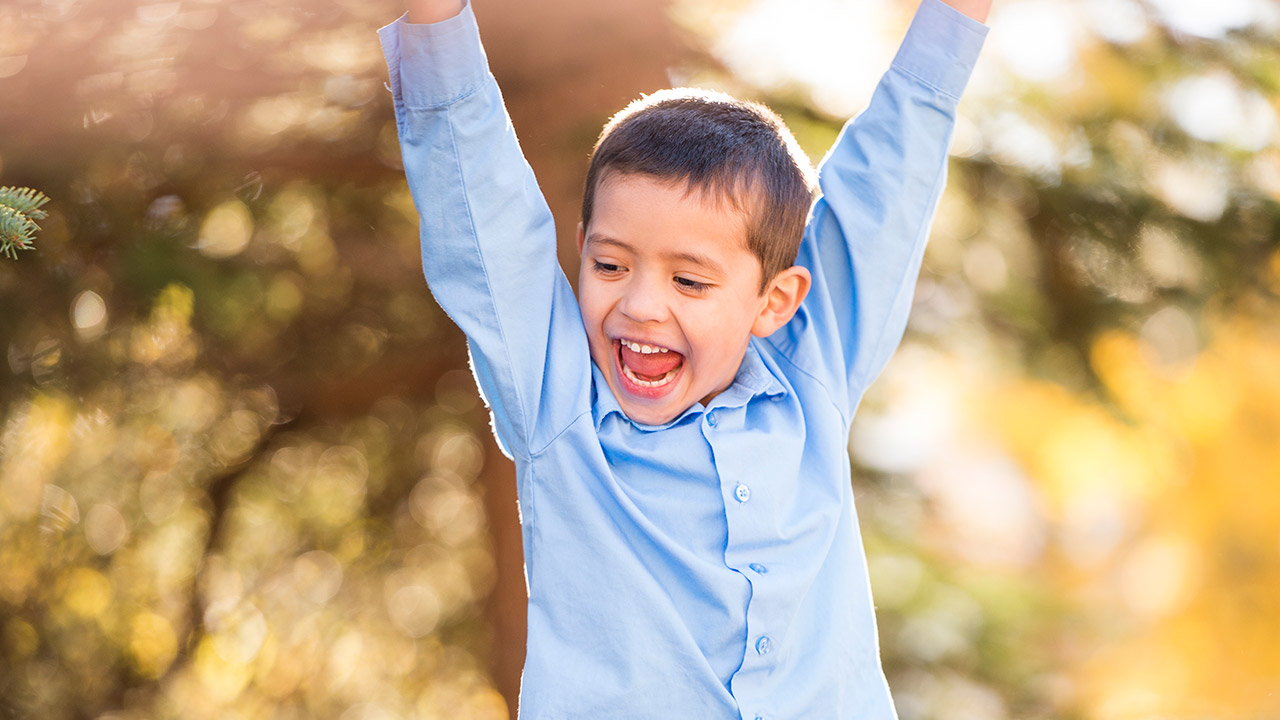 No kid has ever been more excited about throwing leaves than 4-year-old David Thomas. He cackles and does a little jig of pleasure, then tosses another bunch in the air. They flutter to the ground, and David turns to a more pressing concern: pestering his parents for ice cream.

It’s typical 4-year-old behavior. So typical, in fact, it would be impossible to guess that David’s father, Chris Thomas, once listened to Children’s Hospital Colorado neonatologist Theresa Grover, MD, discuss the ethics of removing his son from the machines that were keeping him alive.“When people see David and we start telling the story, they don’t believe it,” says Aracely Thomas, David’s mom.

At first, everything seemed fine

Aracely went into labor with David, the couple’s first, on an icy January night in Estes Park, Colorado. After an uneventful pregnancy, Aracely planned to birth at home — and aside from a slow labor, everything seemed fine. The midwife broke Aracely’s water to speed things up.It was dark with meconium. The midwife immediately rushed the couple to Estes Park Medical Center, where David was born three hours later, purple and limp.“He didn’t cry,” Aracely recalls. “I saw nurses trying to suck this black stuff from his lungs, and I just knew something wasn’t right.”“We had no idea what was going on,” Chris adds.

Meconium aspiration had left David unable to breathe, which quickly led to hypoxic brain damage.“When you have a brain injury, there are two main phases,” Dr. Grover says. “There’s the actual damage to the cells, but there’s also what’s called the reperfusion phase, where the brain releases toxins in response to the original insult — which can lead to further injury.”

A dramatic impact on long-term outcomes

In the early 2000s, Children’s Colorado and other investigative sites around the country tested a simple hypothesis: If you can slow the brain’s metabolism by cooling it down, maybe you can prevent the reperfusion injury. The technology — essentially a cold hat — worked.It worked so well, in fact, that Dr. Grover’s team immediately worked to implement the brain cooling not only at Children’s Colorado but at hospitals throughout the Rocky Mountain region. The sooner cooling begins, the better the outcome.

Dr. Grover’s team talked doctors at Estes Park through protocols they’d developed specifically for that purpose, beginning immediately and maintaining the temperature through his arrival at Children’s Colorado, via helicopter, two hours after his birth.

"There are really few therapies that have had such a dramatic impact on long-term outcomes for our neonatal patients."

David’s parents couldn’t have asked for a better outcome: some speech delays, some movement delays, a little occupational therapy. But mostly, he was fine.

Not every kid with brain damage as acute as David’s achieves his outcome — many don’t — but there’s no doubt it couldn’t have happened without the fast work of his caretakers in Estes Park and an assist from Dr. Grover’s team at Children’s Colorado.“After the whole thing shook out, we did a little bit of research on our own, and it was like, wow — this wasn’t supposed to happen,” Chris says. “David is our miracle boy.”