Eating Healthy Doesn't Have to Be Expensive 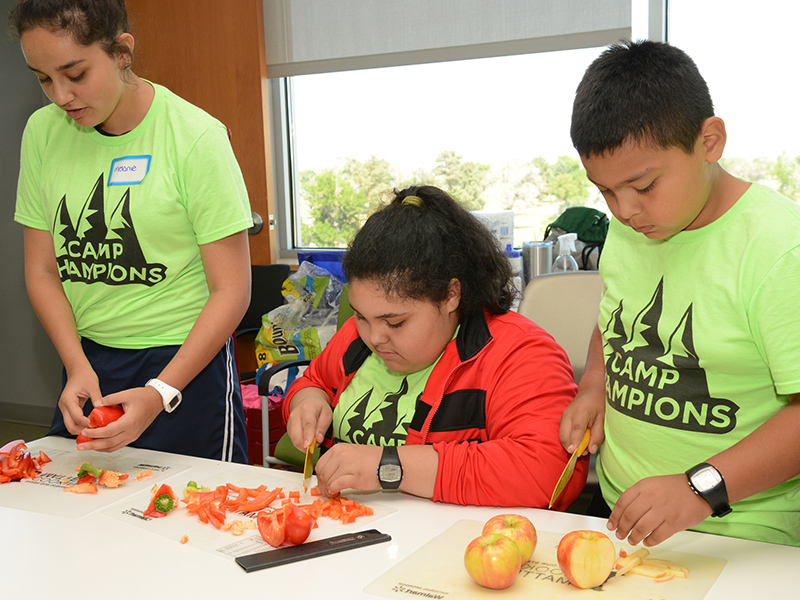 “A lot of times people from low-income households may have to have a couple of jobs, they’re juggling, there’s no time,” Valenzuela says. “Fast food has become a big crutch.”

However, as Valenzuela explains, that myth can be overturned, and that “crutch” can be replaced with healthier options. And it’s not as hard as many people think.

Valenzuela coordinates Cooking Matters at Children’s Colorado, a weekly hands-on class that teaches people from low-income households that healthy eating is within reach.

Many research studies have shown that children from low-income households are at a greater risk for becoming obese. Cooking Matters, a national program from Share Our Strength’s No Kid Hungry campaign, was created to help combat the problem. The six-week long class spotlights topics such as sugary drinks and whole grains.

In the classes, Valenzuela tries to change families’ perspectives by overturning some common food myths, which might take many consumers by surprise.

Valenzuela also advises parents to encourage kids to prepare fruit-infused water in lieu of sugar-sweetened beverages, to scour nutrition labels on whole-grain products for those that have high fiber, and to try adding spinach to fruit smoothies. “It doesn’t give it any flavor,” Valenzuela says of the spinach, but it adds valuable nutrients and fiber to a popular breakfast food.

Good nutrition is important for a healthy life. Get answers about celiac disease, food allergies or tips for your picky eater.

Learn how to reduce stress with eating behaviors. Our Clinical Dietitian Cinda Nab, RD shares tips on foods that can help calm your nerves.