Is Co-Sleeping Safe for Your Baby? 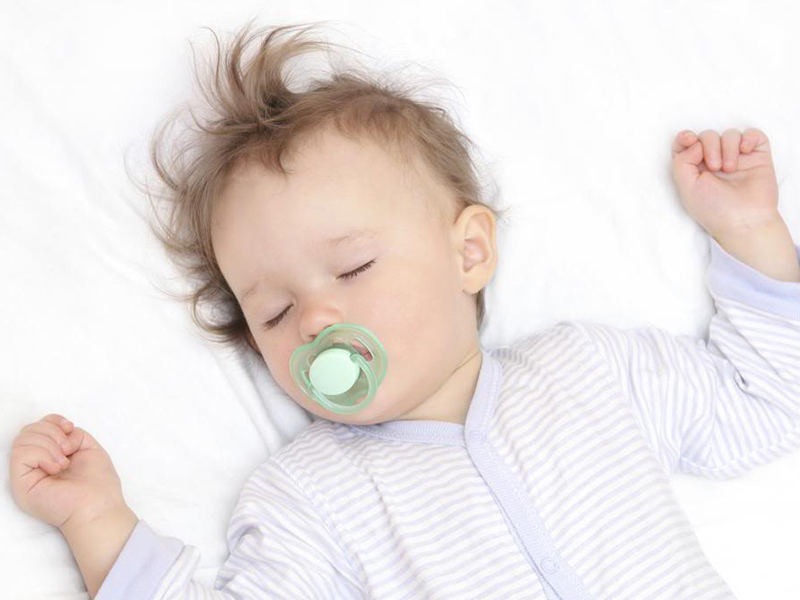 For the last two decades, the number of parents who share a bed with their infant has been steadily climbing. Parents cite a number of reasons for making the choice to co-sleep. Some enjoy the feeling of bonding; some like to give the infant instant access to a breast to nurse from; some even think it’s traumatizing for infants to put them down alone. Many have a hard time getting the baby to sleep in a bassinet and resort to taking the infant to bed just to get some sleep.

Whatever the reason, the National Institutes of Health found that the number of parents reporting that their infant “usually” shares a bed with the parent or someone else more than doubled between 1993 and 2014. Research conducted by Children’s Hospital Colorado also found that among teenage mothers in Colorado, a whopping 99.5% reported that they have slept or frequently do sleep with their baby, and that they felt the baby was safer with them.

Co-sleeping on the rise

For Ann Halbower, MD, a Children’s Colorado pediatric pulmonologist who specializes in sleep medicine, that’s a discouraging statistic. Because what the numbers say, pretty unequivocally, is that sharing a bed with an infant is not safe.

“Nationally and in Colorado, numbers of accidental suffocation deaths among infants have increased because of unsafe sleep practices,” she says. “One of the big ones is parents co-sleeping with infants.”

Even still, many parents are reluctant to acknowledge the risk, even if they’re theoretically aware of it.

“Of all the unsafe sleep practices we tell parents about, this is the one they seem most reluctant to stop,” says Dr. Halbower. “Parents think, ‘I’m a light sleeper. I’d never roll over on my baby.’ But all new parents are exhausted. Even breastfeeding, they can suffocate baby with their breast or arm and not even know it.”

The risks of co-sleeping

Besides the risk of rolling over onto the infant, there’s the sleep environment. An adult bed is just not a safe place for an infant to sleep. Any soft bedding — pillows, blankets, even loose sheets — creates a suffocation hazard for an infant. The safest way for infants to sleep is on their backs, in a sleep environment with nothing in it but a tight-fitting sheet. No blankets, no stuffed animals, no pillows, no bumpers.

Still, Dr. Halbower sympathizes with the co-sleeping appeal. That’s why she and other infant sleep specialists like her recommend putting babies down in a bassinet right next to the bed. That way, the parent has easy access and the comfort of connection while giving the infant the safest possible place to sleep.

“Giving babies their own sleep environment is the most important thing — even if they need to sleep in a box,” says Dr. Halbower.

She laughs, but she’s not really joking.

“In Finland,” she says, “when a baby is born, they hand out a box with a bunch of baby items in it, and the box can be used as a bassinet. Infant mortality there has gone way down since they started using the box. They actually have one of the lowest infant mortality rates in the world.”

Our experts answer parents’ top question on everything from nursing to poop to getting those little guys to sleep through the night.

A recent study in The Journal of Pediatrics by researchers from the Breathing Institute at Children’s Hospital Colorado aimed to better understand how adolescent mothers approach safe infant sleep.

To receive our free printed magazine, sign up here.
PRODWEBSERVER1