Concussion Awareness and Treatment Is Changing 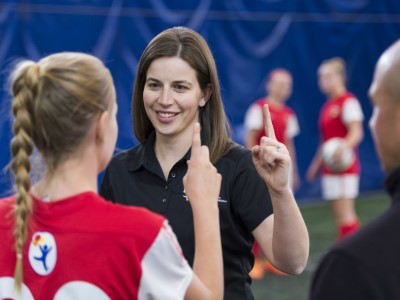 The awareness of and treatment for concussions is changing.

"It kind of affected me in a really big way," Provost told CPR about her concussions. "I just wasn’t myself for a pretty long time."

One of the notable changes was in her recovery. After the third concussion, Provost's doctor advised that she not play soccer or contact sports at all for six months.

'She was back on the field before I was'

This is a significant change from how concussions might have been treated in years past, when some athletes may have been back on the field that same day.

By way of example, Julie Wilson, a pediatric sports medicine physician who works at Children's Hospital Colorado, remembers how back in college, she and her roommate were injured in the same game. "She got a concussion and I dislocated one of my toes," Wilson said. "And she was back on the field before I was."

Pediatric neuropsychologist Mike Kirkwood, who co-directs the Children's Colorado concussion program, feels the newfound awareness to this type of brain injury is good, but that it also requires some perspective.

"Most kids recover well after a concussion and relatively quickly," he said. "We don’t want parents panicking every time their kids bump their heads.”

Related: What should I do if I suspect my child has a concussion?

To further research in this field, the Children's Colorado concussion program is starting a new study to track concussions in 1,700 soccer players of all ages in one of the state’s competitive youth clubs, Real Colorado Soccer.

Read or listen to the full story from Colorado Public Radio.