How Dalton Levine Kept Dancing Despite His Cancer Diagnosis 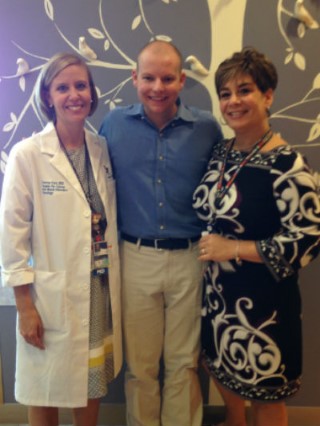 Dalton Levine, 18, has dreamed of being a dancer since he was 4 years old. But in 2014, his dreams were put on pause when he received the diagnosis of adrenocortical carcinoma, a rare form of cancer.*

“I felt my stomach drop," Dalton said. “You’re trying to process it because no one ever figures you’re going to have cancer.”

Despite it all, Dalton is filled with positivity and gratitude — especially for his care team at the Center for Cancer and Blood Disorders (CCBD) at Children’s Hospital Colorado.

The three have formed an extremely close relationship and Dalton credits them as the as the main reason he’s been able to remain optimistic, get back on his feet and get back to the thing he loves doing most — dancing.

*Update: Dalton passed away on December 13, 2016 from complications of adrenocortical carcinoma. He fought valiantly to the very end. He was surrounded by his loving family and friends, and passed peacefully and in no distress.