Keto Diet for Kids with Epilepsy: The Benefits and Risks 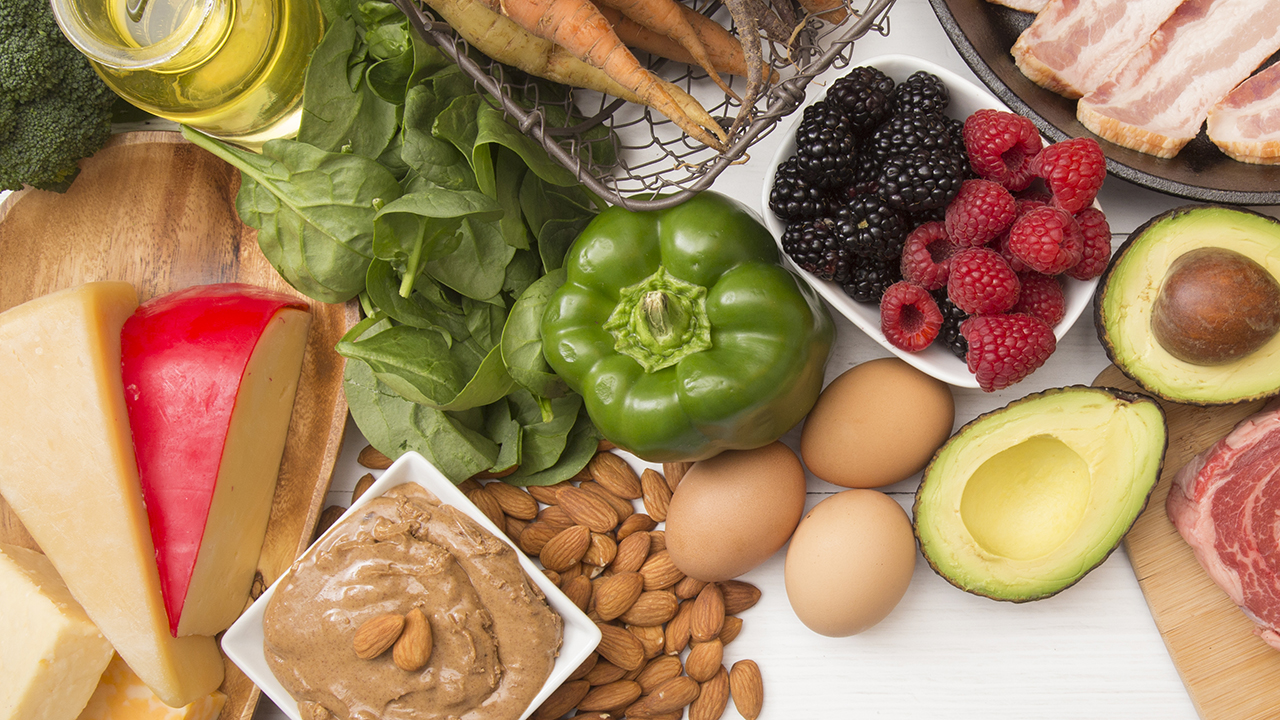 What do Kourtney Kardashian, body-builders and many kids with epilepsy have in common? Probably not much, aside from what they eat: a high-fat, low-carbohydrate and protein regimen known as the ketogenic diet, or "keto" for short.

Touted by celebrities and neurologists alike, keto offers many wide-ranging benefits, from weight-loss to seizure reduction.

But it can also be dangerous.

Let's say you eat a peanut. What happens to it? In the most basic sense, your body will break it down into "macronutrients": carbohydrates, protein and fat.

Carbs are the fuel your body's cells use to do what they do, from firing muscles to zapping signals across the surface of the brain. If it's getting enough of them, your body typically saves protein and fat for other purposes. Protein repairs and builds muscle and other tissues, while fat constructs everything from hormones to the protective coating of brain cells. What's left over goes into storage — usually around your belly.

Ketosis happens when your body doesn't get enough carbs.

Ketosis, then, is the state of burning ketones to get energy. For celebrities, body builders and dieters in general, that's a plus, because once your body starts burning the fat it eats, it's also more likely to burn the fat it has stored.

For kids, Children's Colorado uses and recommends keto only as a treatment for epilepsy and certain metabolic disorders — but the benefits are pronounced.

"About two thirds of our patients see at least a 50% reduction in seizures," says Oliver.

A lot of things can cause seizures: brain injury, meningitis, diabetes and fevers, to name a few. In fact, fevers are the most common cause of seizures in children under 5 years old.

"The definition of epilepsy is two or more seizures, unprovoked," says Charuta Joshi, MBBS, a pediatric neurologist specializing in epilepsy and keto. The diagnosis, then, starts with ruling out all the other possible causes, which Dr. Joshi does through a battery of testing and clinical evaluation.

Even if a child is found to have epilepsy, because of its difficulty, keto is seldom the first step to treatment.

Why does the ketogenic diet reduce seizures?

Physicians noticed a long time ago — more than 2,000 years ago, to be precise — that starvation reduces the frequency of unexplained seizures. It wasn't until the 1920s, however, that doctors at the Mayo Clinic figured out that a diet consisting of three parts fat to one part protein and carbs could produce the same results.

So why does it work? "Actually," says Dr. Joshi, "nobody really has an exact understanding of that." But there are four main ideas:

Weighing the benefits of the keto diet for epilepsy

As a treatment for epilepsy, keto has incredibly high rate of success — but it doesn't come easy. For starters, the diet is strict.

Parents must weigh everything the child eats on a scale, down to the gram. Ratios and calorie counts are calculated and prescribed.

"We take into account even the carb count of medications, which are often sweetened to make them taste better," says Oliver. "Kids can absorb a small amount of carbs from sunscreen and chapstick. We give recommendations for lotions, shampoos — all that stuff."

The severity of the restriction can lead to nutrition deficiencies, and the change in typical body process can lead to side effects: constipation, low appetite and nausea are a few common ones.

"These kids aren't getting much in the way of fruits and veggies, and they're not getting any grains," says Criteser. "They're typically not getting enough phosphorous or magnesium or zinc. Plus, ketones are acids, so their pH gets out of whack. The kidneys work harder to filter all that acid out of the blood, and the buildup of salts can create kidney stones."

Criteser and Oliver make up for these overloads and deficiencies with carefully calculated supplement ratios: multivitamins, minerals, bicarbonate, carnitine and many others. For the first two years, children on the diet get labs and bloodwork every three months, bone density scans once a year.

"A lot of people will bring their kids in and go, 'We want to do the diet; we want to go all natural," notes Oliver, "and we end up recommending several supplements and medications to counteract the side effects of the diet."

The future of keto as a treatment

The diet is difficult for kids and families alike, and it's seldom the only treatment. Dr. Joshi only prescribes it if a variety of easier treatment regimens — like anti-seizure medications — don't work. Even with the diet, most kids do it in tandem with meds.

And, Oliver notes, the stakes are high: "They can't cheat. If they cheat, they get seizures."

Still, for many kids, it's well worth the work. For older kids and teens who have more trouble sticking to the rigors of such a strict diet, there's also a mounting body of evidence that a somewhat less restrictive version known as the "modified Atkins" can work just as well.

And researchers like Dr. Joshi are constantly refining. There's a growing movement to study the effectiveness of keto on neurological conditions from autism to brain tumors, though so far, says Dr. Joshi, the research isn't strong enough to recommend it. Currently, Dr. Joshi is studying the long-term effects of keto on the microbiome of the gut.

"This diet completely changes the mechanism of energy," she says. "It affects every cell in the body."

Eating Healthy Doesn't Have to be Expensive

Our cooking experts show that eating healthy doesn’t have to be expensive. Here are 3 tips for healthy eating on a budget.

Seizures used to control Maddie's life. Watch as she and her family share their experiences with epilepsy and epilepsy surgery.