We are one of the largest programs in the country treating patients with heart problems from before birth through adulthood, with exceptional outcomes.

Why will my child need surgery for single ventricle heart disease?

A child with single ventricle heart disease is born with a heart that has only one ventricle that is large or strong enough to pump effectively. Therefore, a series of surgeries – including the Norwood, Glenn and Fontan procedures are needed to reroute the blood.

When the heart only has one pumping chamber (instead of two), the circulation must be rerouted so that the heart can do its job. The Norwood procedure achieves this, and is typically done in the first week of life. 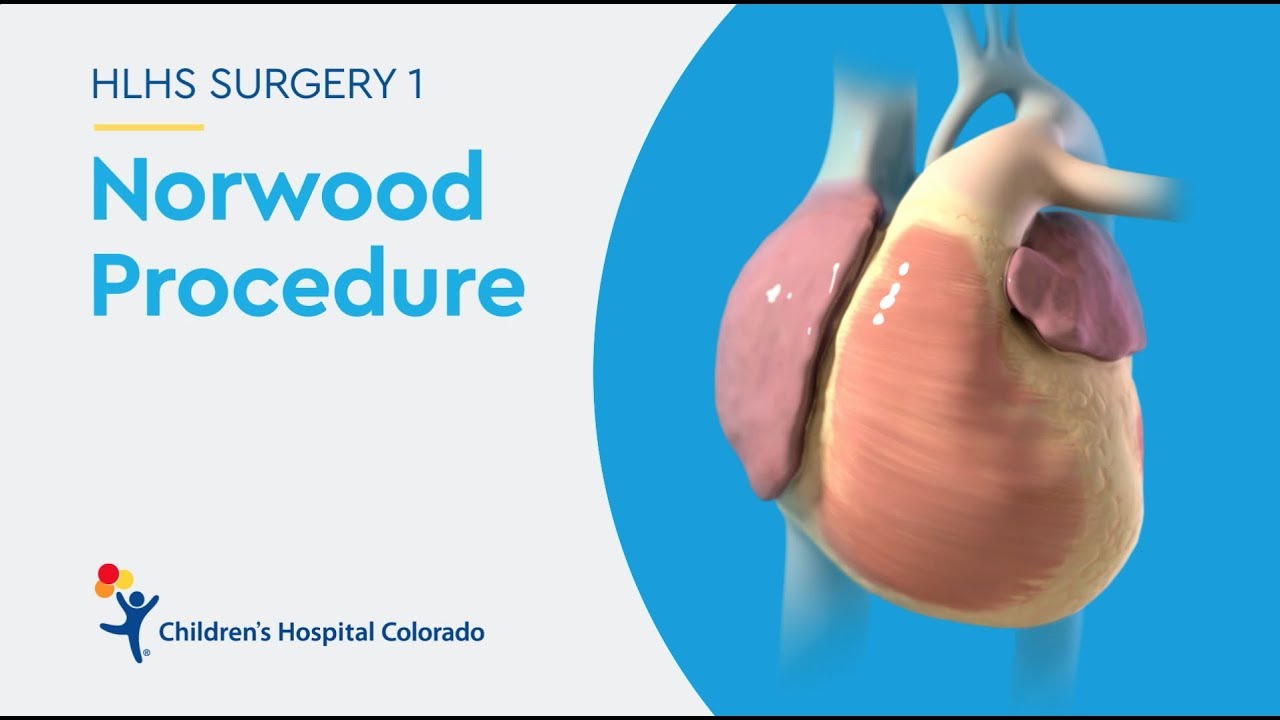 What is the Norwood procedure?

The goal of the Norwood operation is to provide the correct proportions of blood to the body and lungs. Doctors do this by creating a large pathway (called a "neo-aorta") from the pumping chamber to the body and providing a limited source of blood flow to the lungs.

Why does my child need a Norwood procedure?

The Norwood operation is an important first step in the surgeries for children with single ventricle heart disease. It is the first step in improving circulation and is necessary for infants to be able to leave the hospital after birth.

How long does the Norwood procedure take?

The Norwood procedure is the first of the series of three operations and the most complicated. It often takes 6-8 hours to complete. The average time for a baby to stay in the hospital after the Norwood procedure is usually around four weeks. The length of stay is usually dependent on how long it takes the infant to learn to eat. Some babies may need some help taking enough nutrition by mouth and may even need to have a feeding tube placed in the stomach.

What should I expect after the Norwood procedure?

Because the shunt is the only source of pulmonary blood flow, we will follow your child very closely after surgery (known as the "interstage" period). This includes monitoring your child’s oxygen saturations at home, closely tracking their growth, and scheduling appointments every one to two weeks in the Complex Congenital Heart Disease and Development Clinic at Children's Hospital Colorado.

What is the Glenn procedure?

The Glenn procedure (sometimes referred to as a bi-directional Glenn or Hemi-Fontan procedure) is an intermediate step in the series of single-ventricle heart surgeries. It marks the end of the "interstage" period, and is typically done at four to six months of age.

During this operation, doctors remove the shunt (the tube supplying pulmonary blood flow). After the shunt is gone, blood flows to the lungs in an uncommon way. It flows from the upper part of the body directly into the lungs. There is no pump pushing the flow, rather it flows passively through the lungs on its own.

Why does my child need a Glenn procedure?

The Glenn operation is an intermediate step between the Norwood and Fontan operations. It is an important part of the single ventricle surgical strategy because it helps to prepare the heart and lungs for the passive type of lung circulation that comes with the third surgery, the Fontan procedure.

During this surgery, the large vein that returns blood from the head and upper extremities is detached from the heart and is directed to the arteries leading to the lungs. With this shunt, blood without oxygen is delivered directly to the lungs and therefore is more efficient, allowing the heart to work easier after the Norwood procedure. This creates a more stable situation for your baby and the risk of problems is usually less than after the Norwood procedure.

How long does the Glenn procedure take?

This surgical procedure typically takes four to five hours and the recovery time is generally shorter than after the Norwood. Babies will also typically spend less time on the breathing machine and less time in the ICU than after the Norwood. They usually begin eating within a day or two of surgery and their hospital stay is commonly 10 to 14 days.

What should I expect after the Glenn procedure?

After the Glenn and Norwood operations are complete, the good news is that your child will not need to be monitored as closely. Their oxygen saturations will remain lower than normal after this surgery (usually between 75% to 85%). In many cases, doctors recommend that kids stay on oxygen full-time for approximately one month following surgery. This helps decrease the pressure in the lungs so the blood can flow through them more easily.

What is the Fontan procedure?

After the Norwood and Glenn, the Fontan procedure is the third in the series of three to treat single ventricle heart disease. With the Fontan operation, the blood flow returning to the heart from the abdomen and lower part of the body will be directed to the arteries. This will lead to the lungs by use of a tube or a tunnel.

Why does my child need a Fontan procedure?

The Fontan operation gets all the blood without oxygen to flow directly to the lungs, bypassing the heart. This is more efficient for the heart and keeps it from working as hard. The procedure will also provide an increase in the oxygen levels to near normal for the first time in your child's life.

How long does the Fontan procedure take?

This surgical procedure usually takes about four hours to perform. There are not as many risks following this surgery as are seen with the Norwood procedure. The amount of time your child will need to be in the hospital is usually around 10 to 14 days. Some children may have a longer hospitalization because the body may take time to adjust to the circulation. This may be the result of fluid building up around the lungs. In this case, your child may need to have small tubes placed to drain the fluid, which can take several days to resolve.

What should I expect after the Fontan procedure?

After the Fontan procedure, children usually feel like they have more energy and endurance. The surgery also increases the amount of oxygen delivered to the body and to the brain, and may increase higher level functioning.

What happens after the three surgeries?

Even though treatment for single ventricle heart disease is a long process, most children and families adjust well, finding healthy ways to cope and get the support they need. However, the stress and anxiety of having a child with complex needs extends past infancy and toddlerhood, and concerns for your child may change over time. There may be other issues related to this heart problem as your child grows. You will need to be followed by our multidisciplinary Single Ventricle Care Program to make sure that we help you deal with these potential issues and help you have the best outcome for your child possible.

At the Heart Institute, we're committed to helping you and your family maintain a high quality of life. Our Wellness Program can support and guide your family in dealing with the difficulties of chronic illness during childhood, adolescence and young adulthood.