Seacrest Studios broadcasts live on weekdays from 10 a.m. – 3 p.m., with special events on evenings and weekends.

On June 20, 2014, Children's Hospital Colorado, in partnership with the Ryan Seacrest Foundation and the Children’s Colorado Foundation, opened Seacrest Studios. A new state-of-the-art, multimedia radio and TV studio, Seacrest Studios provides a fun-filled experience on the Anschutz Medical Campus where patients and families leave the rigors of the hospital behind. The studio gives kids the chance to be kids – to sing, to dance, to explore. But most of all, it gives kids a chance to have fun. While doing so, they might even have a chance to meet some of their heroes.

We also broadcast on BBOY45 (channel 45) to the closed-circuit TV system for the patients, families and visitors on the Anschutz Medical Campus, South Campus in Highlands Ranch, North Campus in Broomfield, and our new hospital in Colorado Springs.

Patients at our location in Aurora can come down to the Seacrest Studio to play guest DJ on the microphone or they participate from their rooms by watching channel 45 on their TV. Patients can call in to play bingo every Wednesday, "Jeopardy" every Friday, to request a song or give a shout-out anytime during broadcast hours.

Seacrest Studios benefactor and media icon Ryan Seacrest described the studio's mission in an interview: "Our hope is that the patients will benefit from the studio's interactive nature and find a creative outlet and healing opportunity during their stay."

Seacrest Studios is all about our patients

Yes, we have studio stats and programming lists. But more importantly, we have relationships. In fact, patients are flocking to the Seacrest Studios at every opportunity. Some, like 5-year-old Lizzi, come in and sing along to their favorite songs, like Frozen's 'Let It Go' or the Greatest Showman's 'Never Enough.' Others like Gabby just want to learn how all the equipment works, filling in the role of guest DJ and setting up a playlist for the rest of the day.

Judson hosts his own show for kids in the hospital every Thursday, reading a book, asking comprehension questions, and playing games. His mom, Carol, says, "I watch Judson as he demonstrates how someone with a single head switch and a computer make people laugh, learn and accept people with disabilities." 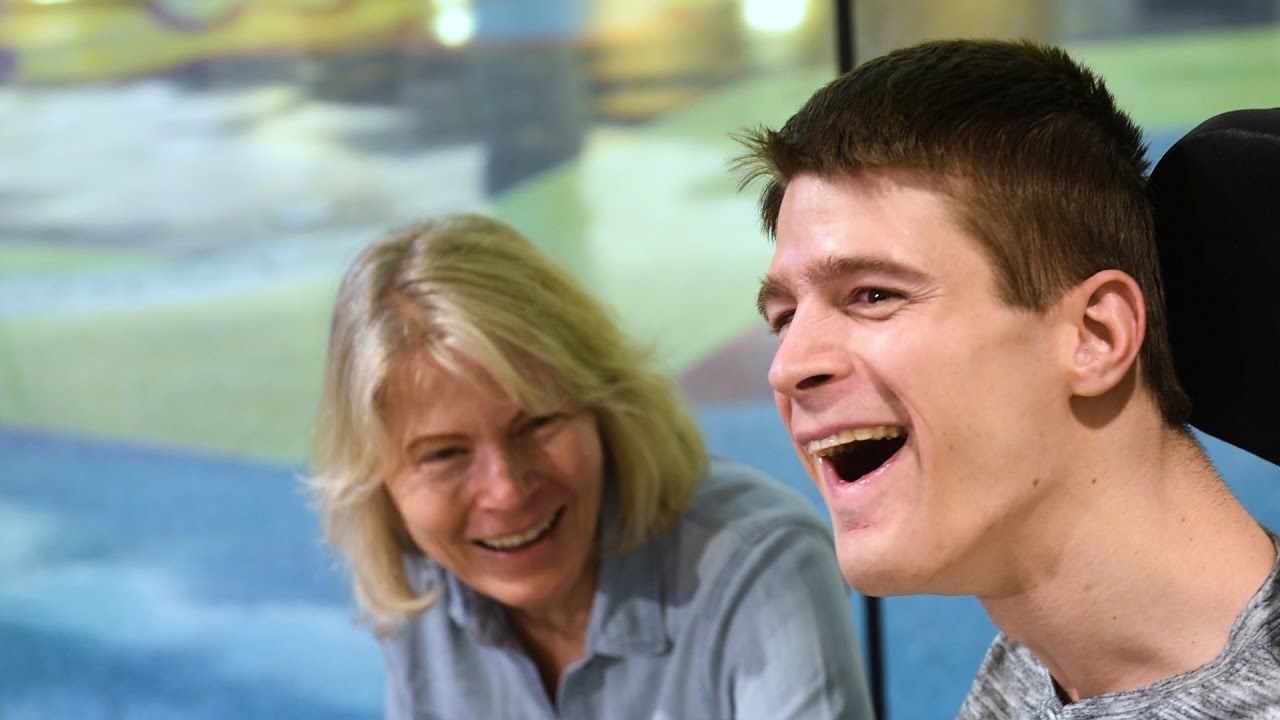 Engaging and entertaining programming is presented in partnership with a host of hospital departments, including Child Life, Volunteer Association, Creative Arts Therapy, Nurses and more, as well as relationships sparked outside the hospital in the music, arts and media communities.

In addition to song requests, kids on the mics and ad-libbed hilarity (did you hear about the time one of our hosts ate a “skunk spray” flavored jellybean?), our programming includes:

Unique programming offered at Seacrest Studios (BBOY45) in Children's Colorado
BBOY45 is live and on-air Monday through Friday from 10 a.m. to 3 p.m. No matter the day, the programming at Seacrest Studios in Children's Colorado aims to involve those in the studio as well as kids tuning in from their hospital rooms. In fact, some of our favorite programs are those run by our patients:

Interns play a key role in the daily operations and programming in our Seacrest Studios at Children's Colorado. We’re currently seeking students enrolled in local universities who are pursuing careers in broadcasting, journalism and technical communication by offering internship opportunities with the Studio.

This unique, hands-on internship program allows students to gain in-depth experience in broadcasting, programming and operation of a multimedia studio in a fun and supportive environment.

Seacrest Studios internship expectations and objectives
Student interns with Seacrest Studios will be provided the unique opportunity to develop and perform on-air broadcasts, both individually and in teams. Interns will work to create entertaining, engaging and educational content for the patients and their families.

Student interns will be expected to learn and contribute to daily studio operations including:

Student interns are allowed and encouraged to use content and programming they generated in a demo reel of their work to aid in resume-building.

All selected interns must comply with all pre-internship requirements:

Internship length and hours
Seacrest Studios at Children's Hospital Colorado Internship is for credit and will vary in length (depending on the requirements of the educational institution). Student interns will generally be required to complete 10-15 hours weekly throughout the internship period in the studio. They may be scheduled during broadcast and non-broadcast hours, Monday through Friday from 8 a.m. to 5 p.m., with additional “special event” hours possible on weekends for celebrity visits, concerts, etc.

Seacrest Studios is located in the middle of the atrium behind the glass elevators on the first floor. You can hear the broadcast live each weekday from 10a.m. – 3p.m., with additional special events held on evenings and weekends.