Neurology and Neurosurgery Research at the Neuroscience Institute

We are dedicated to discovering the best ways to diagnose, treat and cure children with neurological disorders. Our doctors and scientists are internationally recognized leaders in their research fields. Their broad range of specialties include epilepsy, neurogenetics, neuromuscular disease/muscle disorders, neuro-oncology, craniopharyngioma, pediatric and neonatal stroke, hydrocephalus and spina bifida.

Caring for children with severe neurological impairments is incredibly complex partly due to polypharmacy — the simultaneous use of drugs to treat one or multiple medical conditions. Read about the tool a researcher has introduced to help track medication symptoms.

The goal of the study is to identify biologically rational therapeutics for the medical treatment of adamantinomatous craniopharyngioma by confirming the overexpression of specific molecules and ultimately improving treatment for patients with this rare tumor.

Our neurology and neurosurgery specialists have 100+ research studies, one-third of which are industry sponsored clinical trials. Our faculty have also been awarded grant funding by the National Institutes of Health (NIH), Pediatric Epilepsy Research Foundation, the Patient-Centered Outcomes Research Institute (PCORI), among others.

9-year-old Mila had perplexing symptoms. Her parents took her to over 100 doctors across the U.S. before they arrived at Children's Colorado. Genetics specialist Austin Larson, MD, uncovered one of two rare mutations in Mila and diagnosed her with a type of Batten disease only 25 people in the world are known to have.

The location of Mila's second mutation was a mystery until Timothy Yu, MD, PhD, an attending physician and researcher at Boston Children's Hospital, found it hiding in noncoding DNA. With that, he developed a drug solely for Mila to fix her fragmented sequence. It's the first time the FDA has approved a drug for just one person — remarkable progress for precision medicine.

"The drug acts as a molecular patch, allowing the gene to be spliced back together in the proper way," Dr. Yu tells WBUR, Boston's public radio station.

"The fact that Milasen is even possible tells us we have something to aim for and that there's a route we can take to make it accessible to more people," says Dr. Demarest. Using a new machine called Novaseq, Children's Colorado plans to commence its whole-genome sequencing program later this year.

See all neurology and neurosurgery research

"We're the only consortium in North America doing work like this."

What our neurology and neurosurgery research means for kids

Our team is committed to improving the lives of children with neurologic conditions and their families. That's why we're researching both common and rare neurological disorders and partnering with leading organizations throughout the world to improve our understanding and treatment of these disorders.

Our partnerships and consortiums include:

Learn more about the Neuroscience Institute. 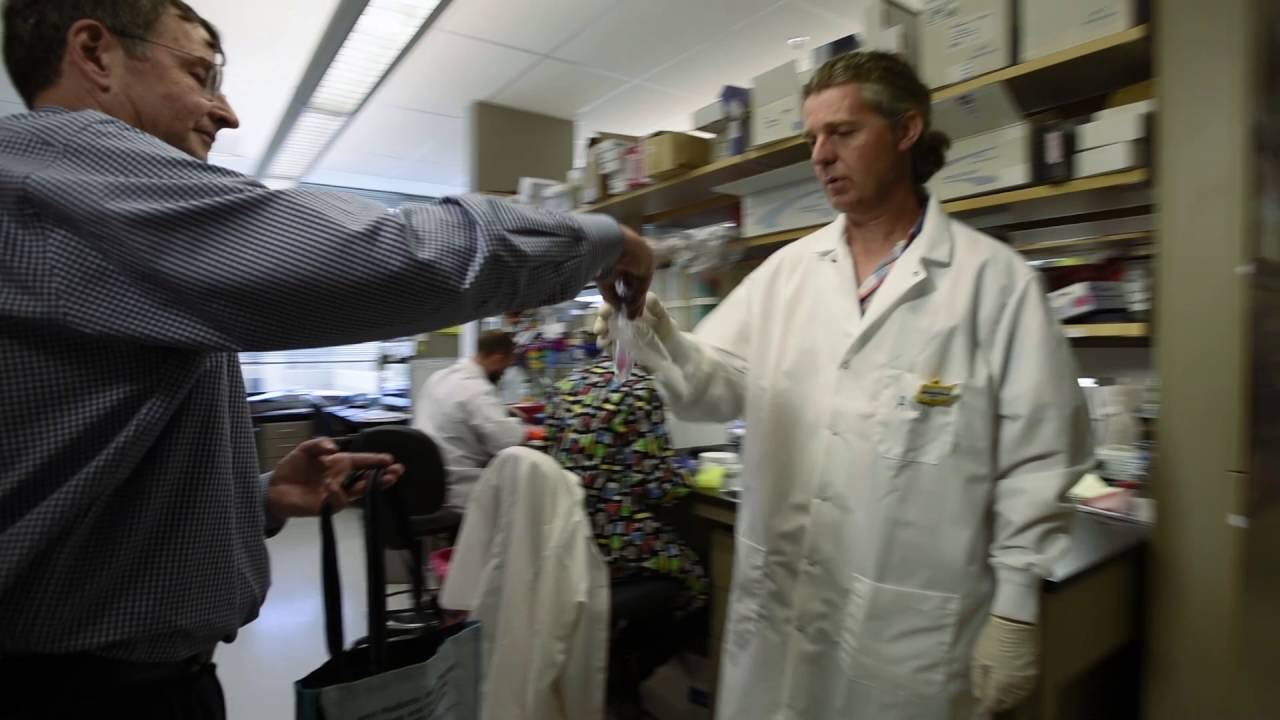